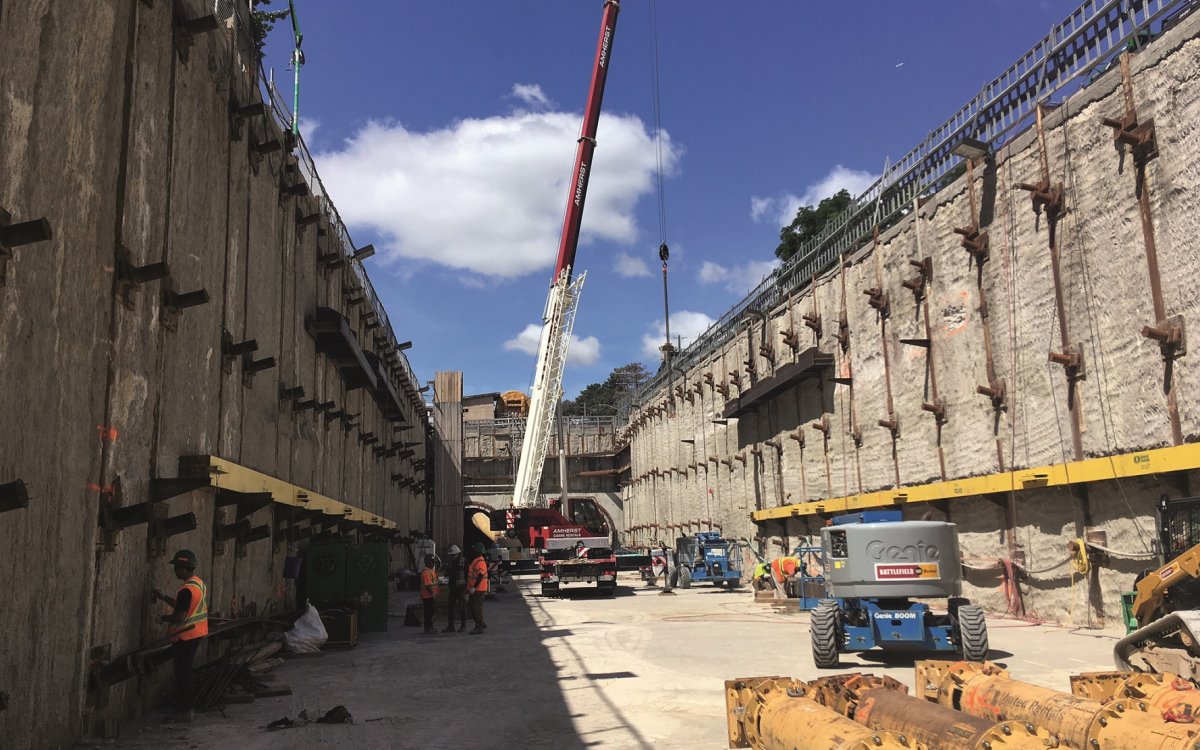 A launch shaft was constructed for tunnel boring in 2015 as part of the Eglinton Crosstown Light-Rail Transit (LRT) in Toronto. The shaft is approximately 130 m long, with a variable width from 14 to 19 m. The excavation depth ranges from 9 to 13 m. Its shoring system includes secant pile walls with up to four levels of anchor tiebacks that support the shoring. Along the north wall the shoring retains Eglinton Avenue.

The ECLRT project requires the removal of the existing anchor tiebacks of the temporary retaining walls prior to the construction of the inner underground tunnel structure. The Construction Joint Venture (CTSC) consisting of Aecon, SNC-Lavalin, Dragados and EllisDon, appointed Pedelta to provide a solution for the anchor tieback removal and the demolition of the headwall shoring of the launch shaft.

The selected tieback removal procedure defines the build-back staging by using temporary bracing such as struts and rakers. To foresee and overcome the construction challenges two-dimensional structural dedicated analyses were performed for modeling the construction sequence and anchor removal. A comprehensive monitoring plan was defined to track movements, tieback forces and deformations of the retaining walls during tieback removal. The works were completed in spring of 2018. 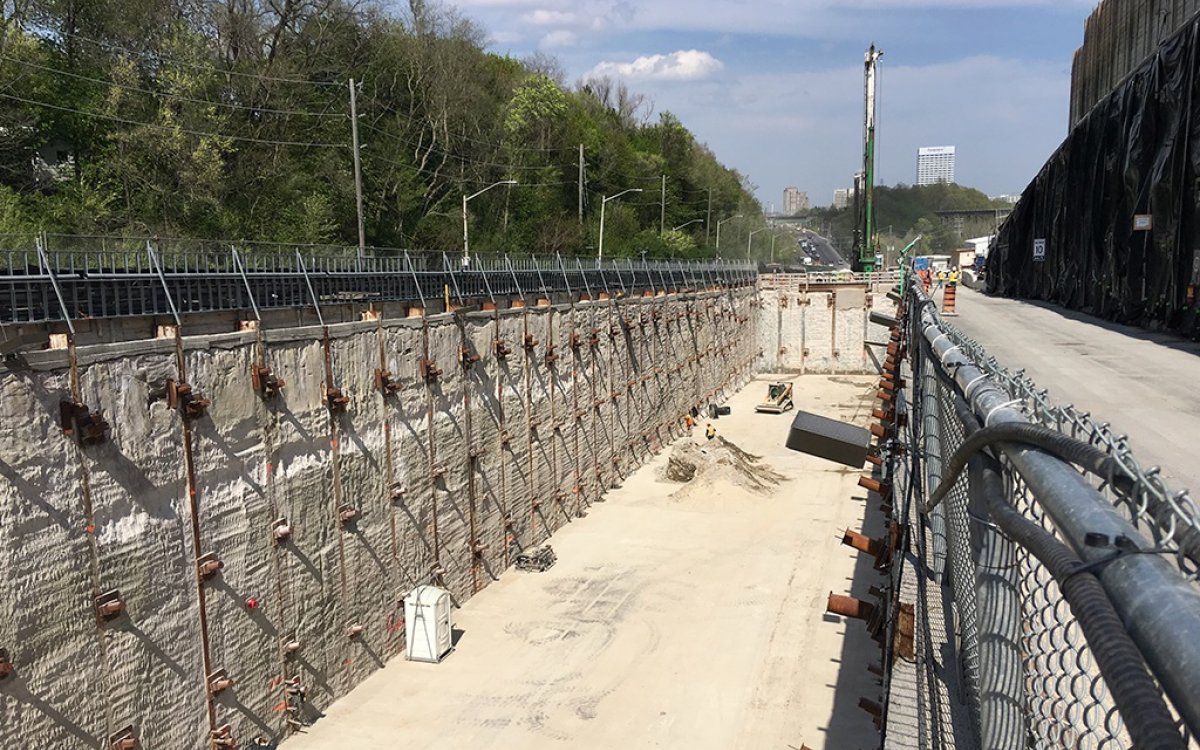 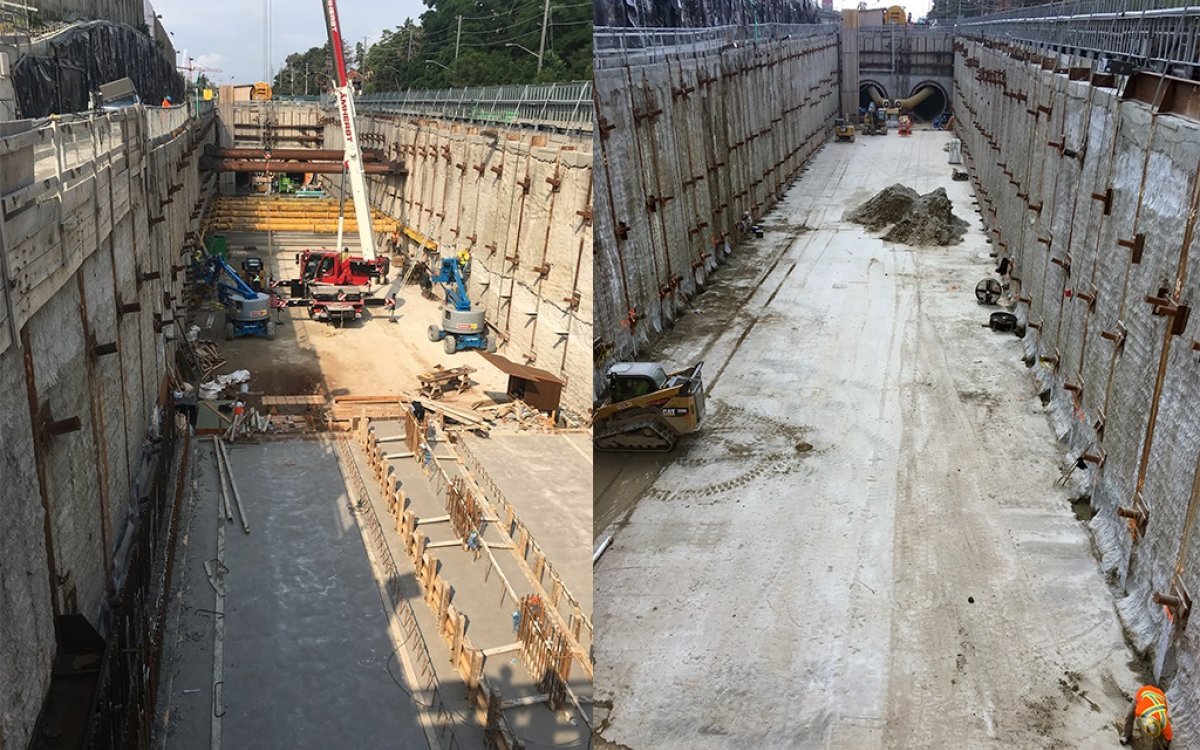 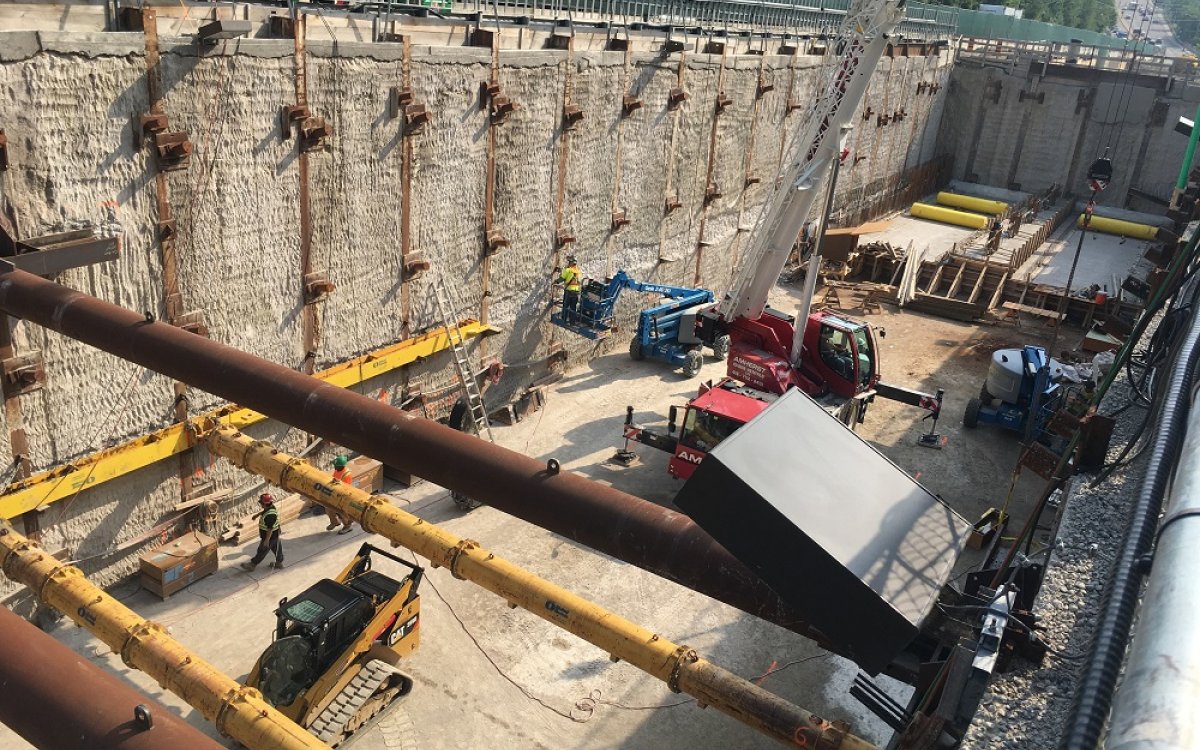 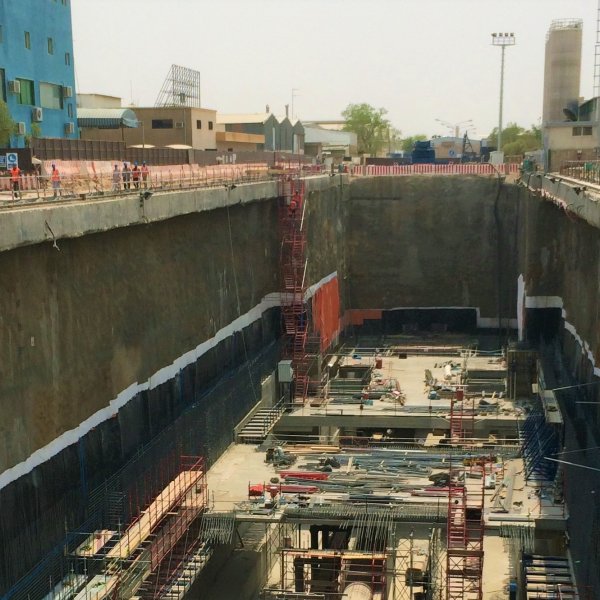 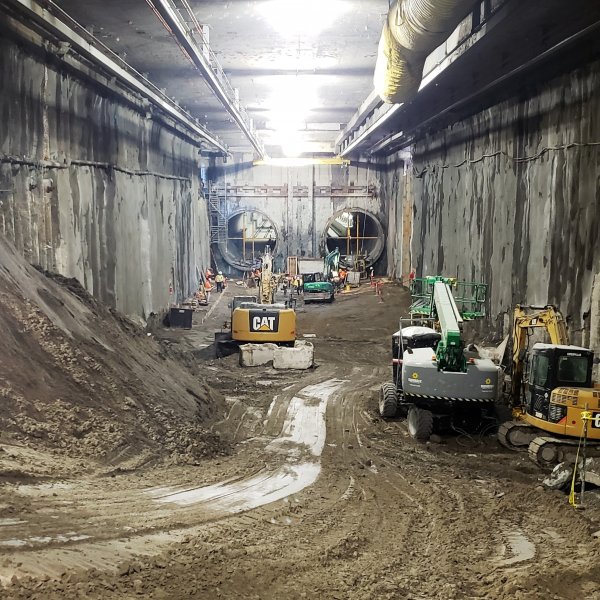 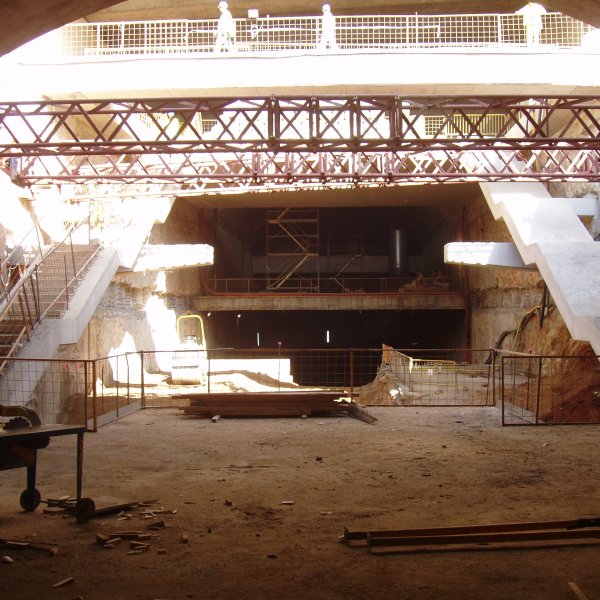