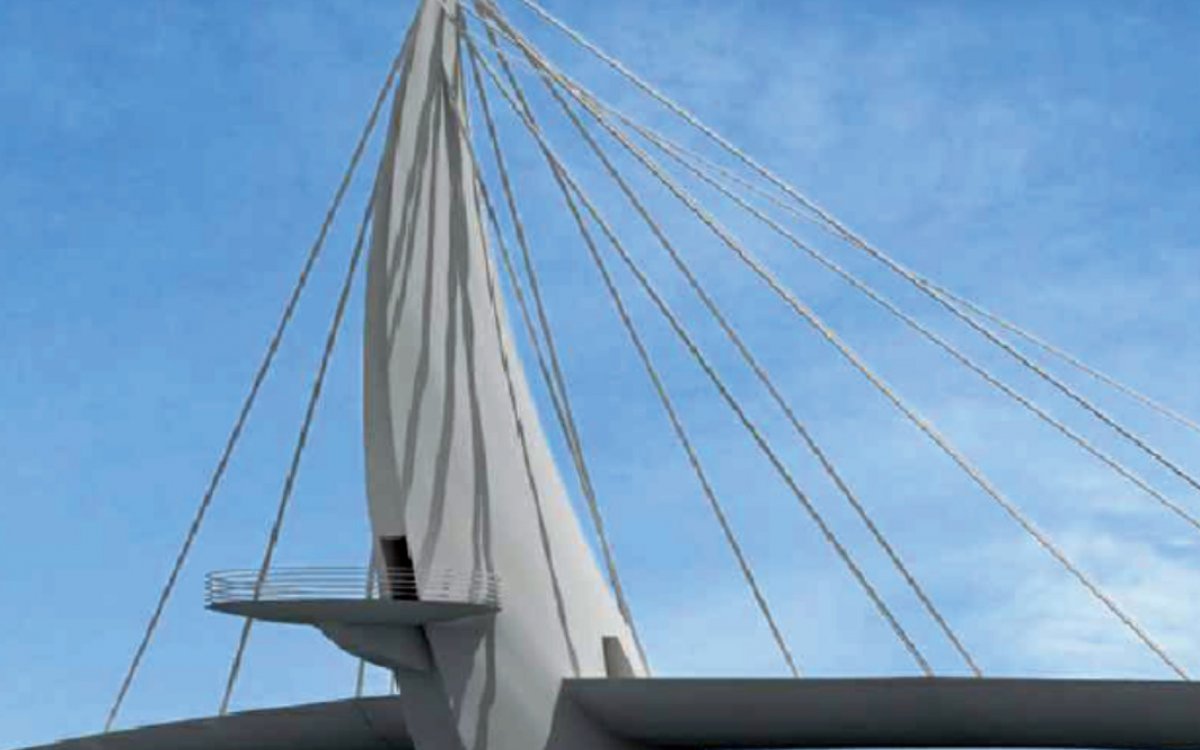 Conceptual design of the Papayal Bridge project. The project consists of a bridge over the “Lago el Cabrero”, in Cartagena, to link the waterfront and the inland area where a hotel will be built. The bridge presents a curved plan alignment and an elevation that reaches its highest point at the bridge’s midpoint, over the lake, to achieve the necessary dimensions for boat circulation. Due to aesthetical reasons only, an iconic sail / halfmoon shaped element has been designed to support the stays at bridge’s center of span. The symbolic element is located at the bridge’s midpoint, over pier 3. All of the shapes are curve-like shapes, obeying the original architectural project, and the structure is designed in reinforced concrete.

The bridge design consists of six spans of 30 m with a post-tensioned 1.60 m in depth beams deck, and with a 25 cm deep compression slab. The bridge presents a variable cross section width, ranging from 11 m in the end spans to 13 m in the central spans, with wider sidewalks. The deck becomes even wider, up to 17 m, where the deck connects with the vertical mast, in pier 3, to allow access into the mast’s inside area. The bridge includes a circular viewpoint, located in the outer part of the curve, which can be accessed through a passageway from the outer sidewalk of the bridge. This element has been designed as a hollow structure to reduce the associated amount of material and costs, as well as the excessive weight that would force building greater foundations. In the inner part of the curve there is a cantilever structure that supports the span’s third and fourth beams and serves as a pier. The cantilever beam has an inverted ‘T’ section so that the beams are supported at the halving joint. This structure has been designed in post-tensioned concrete.

Cable-Stayed Bridge over the Mtkvari River 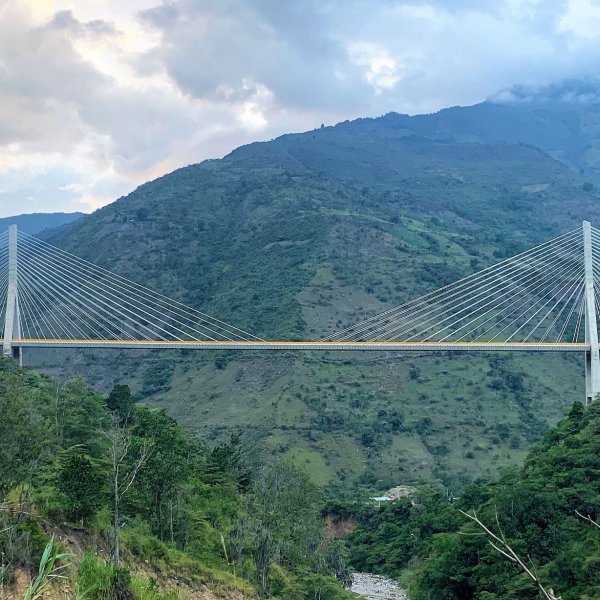 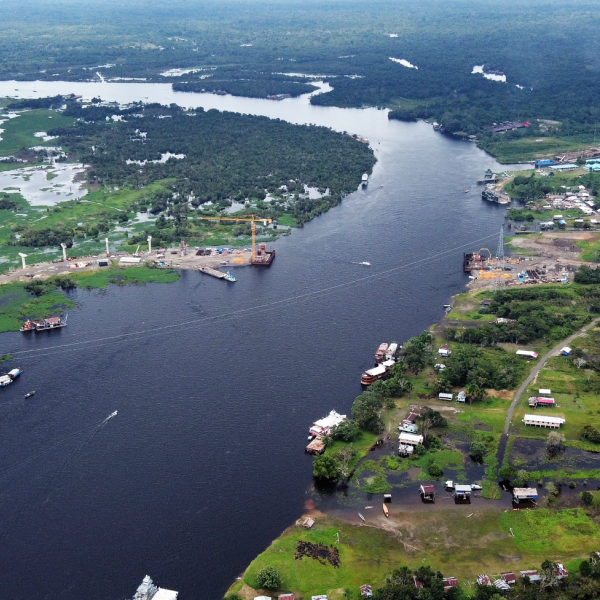