The Colombian government fund “Fondo de Adaptación”, seeking to rehabilitate the hotspots of the very winding road between Málaga and Los Curos, proposed the construction of 850 m in bridges (three structures total). Hisgaura Bridge, named after the deep gorge it spans, is the longest structure of this project which is set to improve the connection between the provinces of Boyacá and Santander, two very mountainous rural regions. The bridge opened to traffic in January 2020.

The design of the bridge faced many challenges due to the remoteness of the location, the irregular topography of the valley and the tight construction budget constraints.  Pedelta proposed an alternative construction design consisting of a 653 m long cable-stayed bridge, with a main span of 330 m, two back spans of 125 m each and two approach spans of 36.5 m each. This concept was the preferred option after a study on a set of cable-stayed bridge alternatives, which included various bridge span configurations, tower types, and materials.

The great depth of the gorge brings the deck up to 120 m above the bottom of the valley. The deck, 13.7 m wide, accommodates two traffic lanes and is suspended on two lateral stay planes. It is composed of two longitudinal prestressed concrete girders, 1.4 m in depth- which are supported by the stays, which are spaced at 10 m.  Transverse floor beams then support the concrete deck every 5 m.  The inverted Y-shape towers reach 70 m high above the deck level and consist of two concrete pylons connected with transverse concrete girders in a classic “H” below the deck. The highest tower is 148 m tall, making it one of the tallest bridges in South America. The north abutment and the intermediate piers of the south approach span take the back stays uplift force and allow longitudinal movements of the deck.

Highly variable foundation conditions at the site represented one of the significant challenges to assess the most cost-effective solution. During the study of alternatives, Pedelta conducted the preliminary design (30% design development) of two cable-stayed bridge alternatives with a main span of 416 m and 330 m, respectively.

Due to the high seismicity of the location and the poor soil conditions, our design team carried out sophisticated seismic analyses. The bridge has four seismic dampers, of 2500 kN capacity each to reduce the high seismic demand. The use of seismic dampers has led to a reduction of 50% in the seismic demand. Pedelta was also responsible for wind engineering, including wind tunnel testing and aerodynamic analyses. 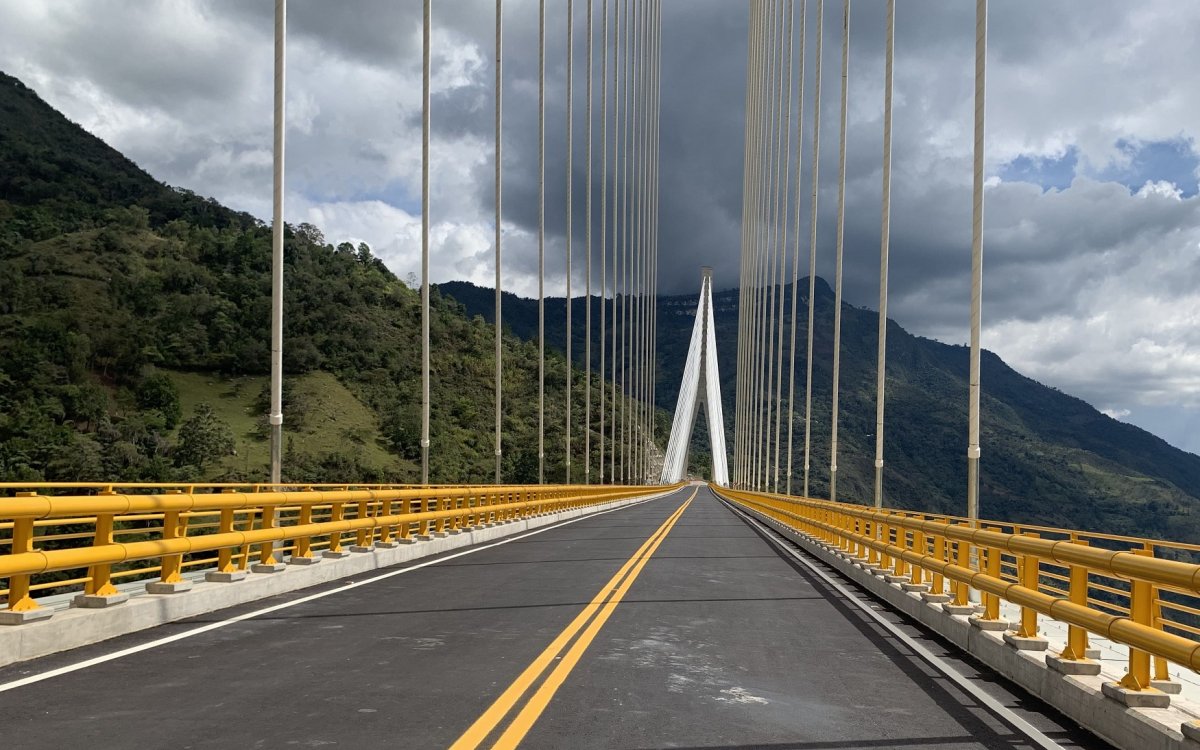