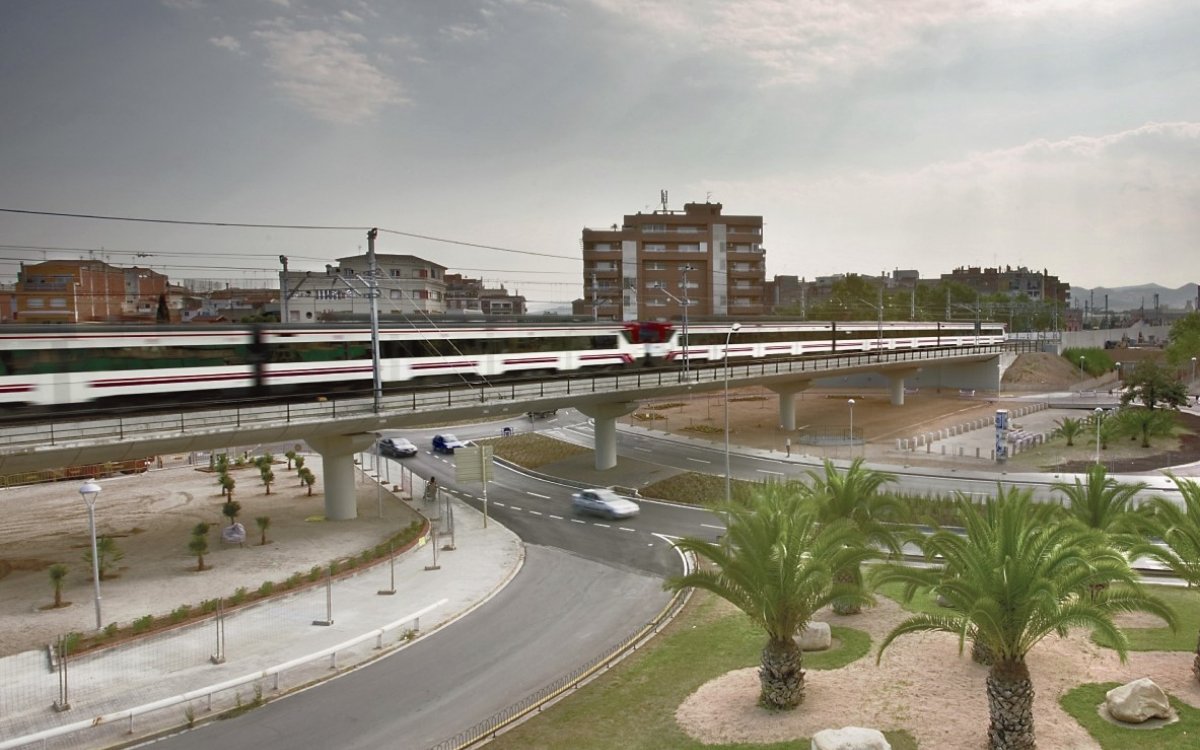 Located in the city of Cornellà near Barcelona, next to the local railway station, the 149 m long urban viaduct was built in 2008. It was designed to improve the permeability of the urban network of the city, previously constrained by the railway. The new viaduct provided Cornellà with new public spaces that delight users with intriguing perspectives of landscapes as the railway runs through the urban environment.

The bridge has seven spans and a maximum span length of 23.6 m. The 11 m wide deck supports two tracks and is very slender for such a railway viaduct, at only 1.3 m of depth. The deck consists of a curved voided prestressed concrete slab.

The restrictions on the construction due to the location governed the design. The viaduct has been conceived as a non-intrusive element in the urban environment. The piers upper part is post-tensioned to minimize its dimensions and the deck has a curved bottom face to enhance its visual slenderness. By anchoring the deck to the abutment, the rail expansion joint at this discontinuity was eliminated, as usually done in modern railway bridges.

The foundation of the viaduct was carried out through bored piles of 1.5 m in diameter. The chosen erection method, segmental construction span by span parallel to the existing bridge, allowed keeping in service both the railway and the roads during construction. 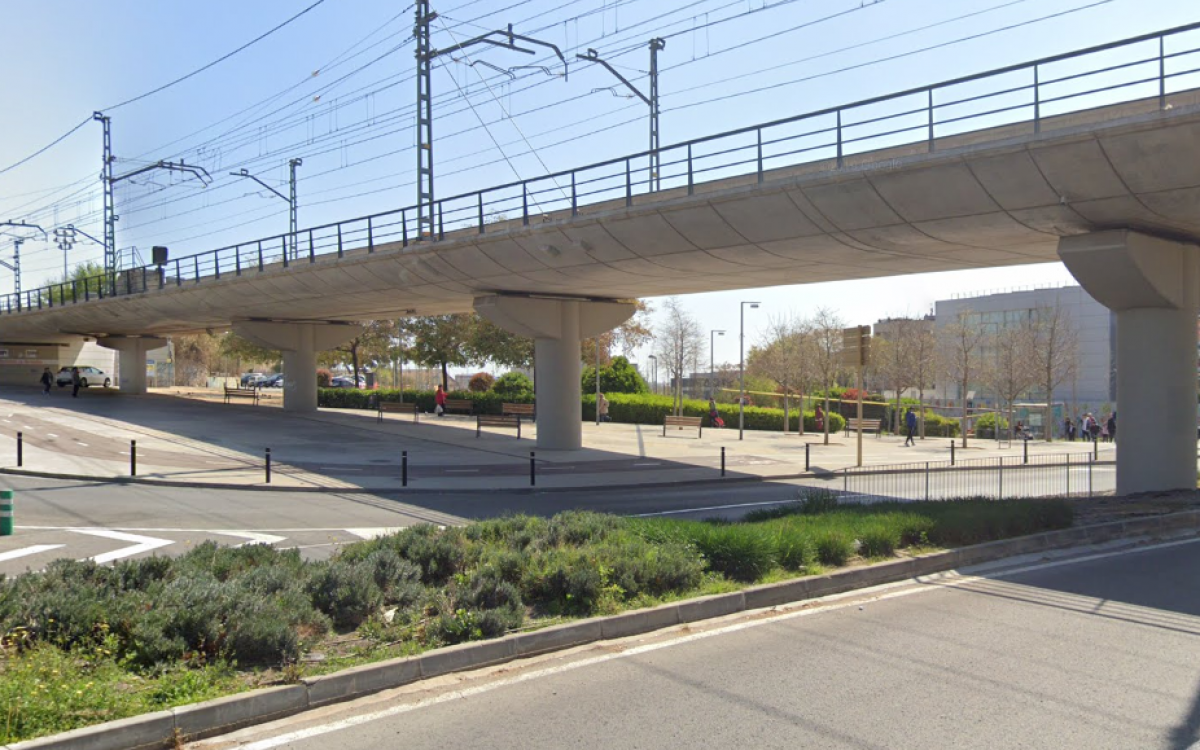 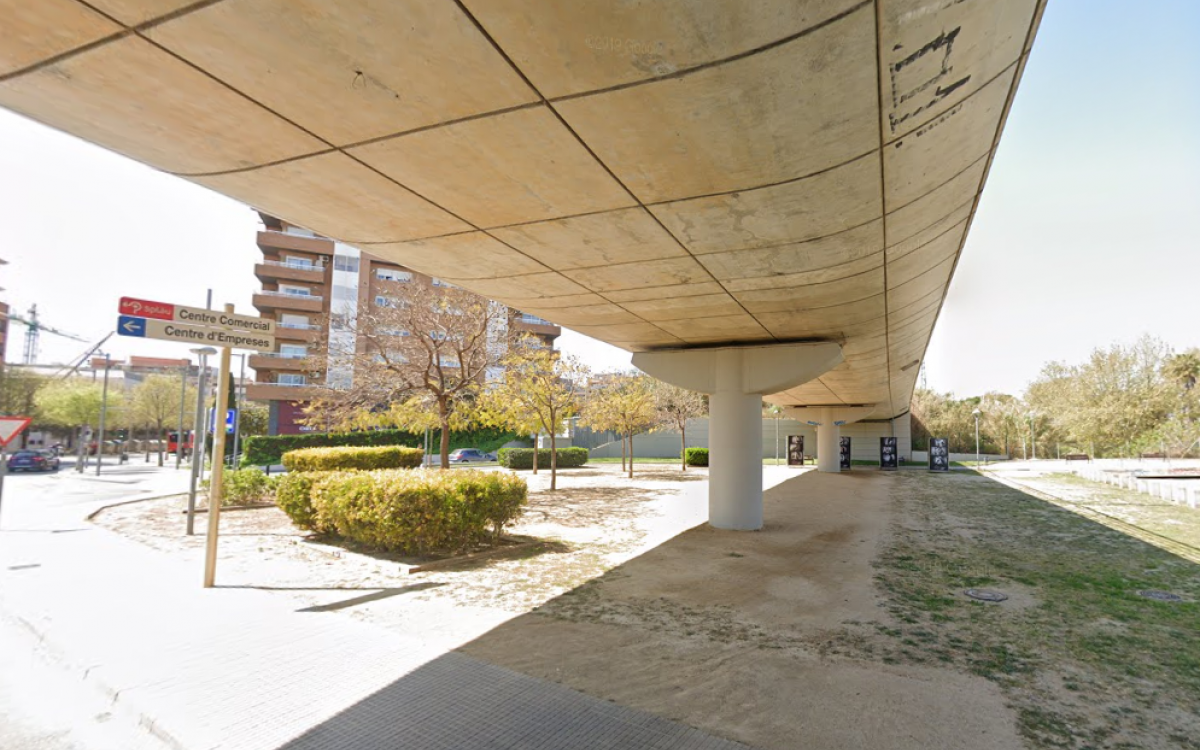 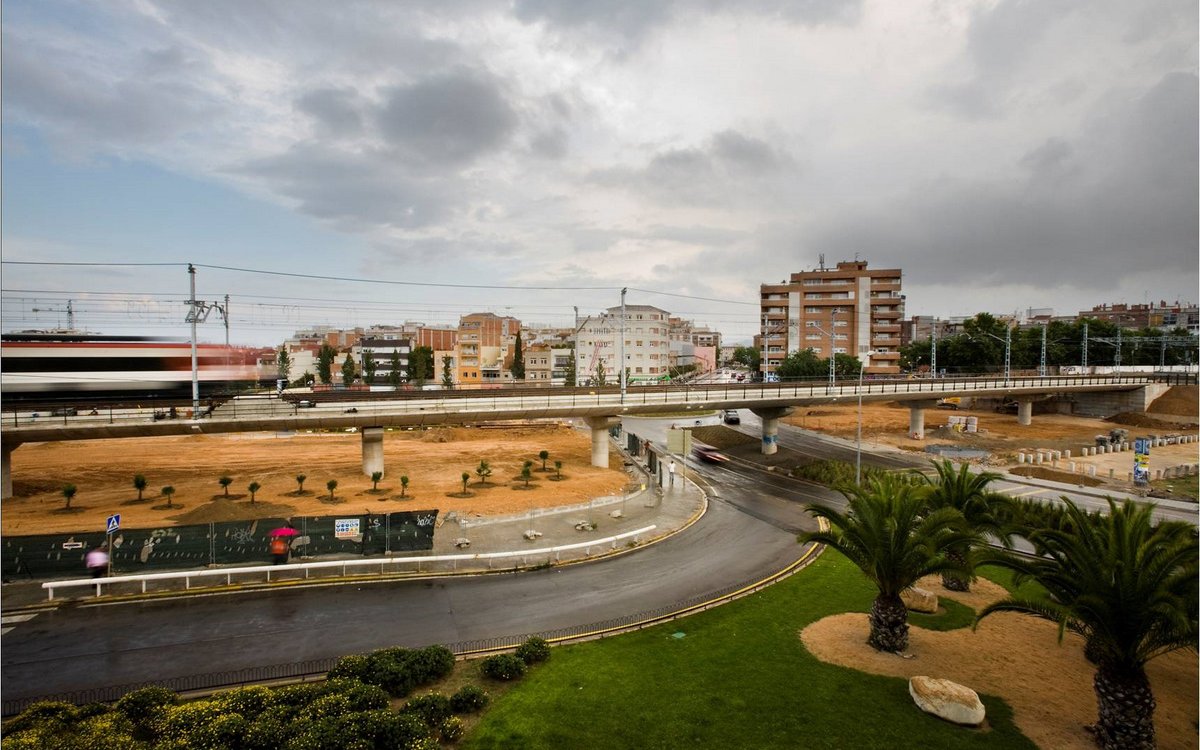 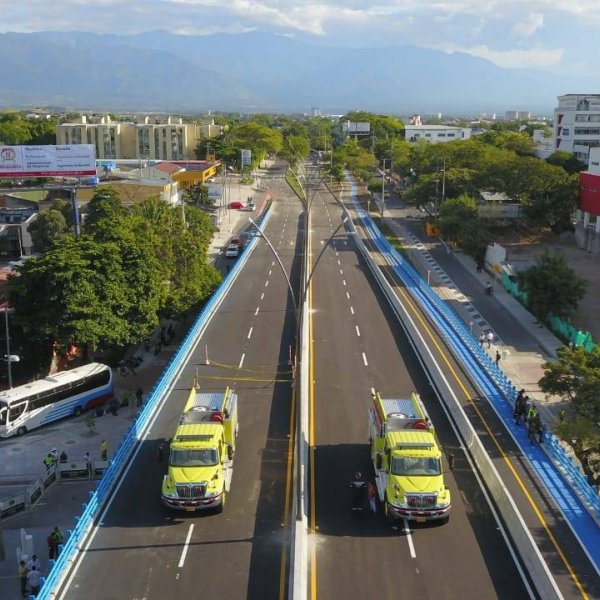 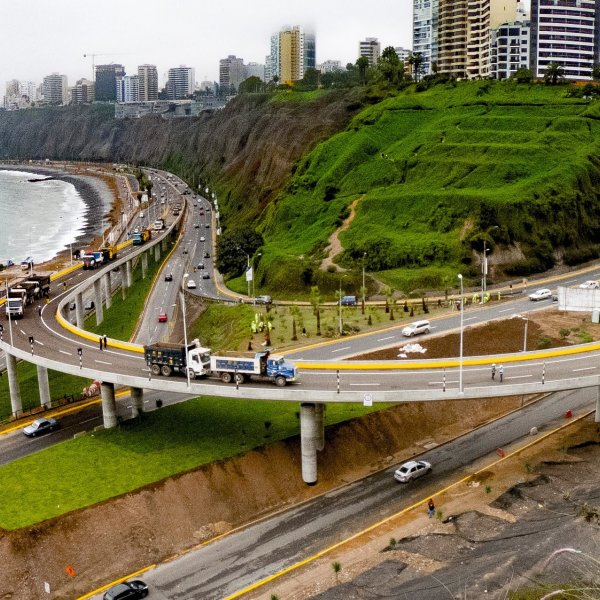