Pedelta was retained by Aecon Foundations in 2016 to develop the conceptual and detailed design of the support of excavation (SOE) for top-down construction of four underground stations: Forest Hill, Chaplin, Fairbank, and Mt. Pleasant. Each excavation is approximately 122 m long, 18 m wide and up to 22 m deep. The SOE along the perimeter of the station box consists of secant walls with bored piles that provide a temporary retention system, support the roof slab and is integrated as a part of the permanent structure. The project also includes the design of temporary supports for utilities of the four stations as well as Science Centre and Kennedy stations.

The construction of deep excavations in a dense urban environment has imposed specific challenges to reduce the nuisance to communities and to mitigate risks on adjacent facilities. Construction stages have been carefully defined to mitigate the impact on traffic, nearby buildings and existing utilities. Structural design of the SOE has required the utilization of traditional methods for braced walls combined with sophisticated geo-mechanical models to determine lateral earth pressures, pile embedment for wall stability, predicted settlements and lateral retaining wall displacements during excavation. 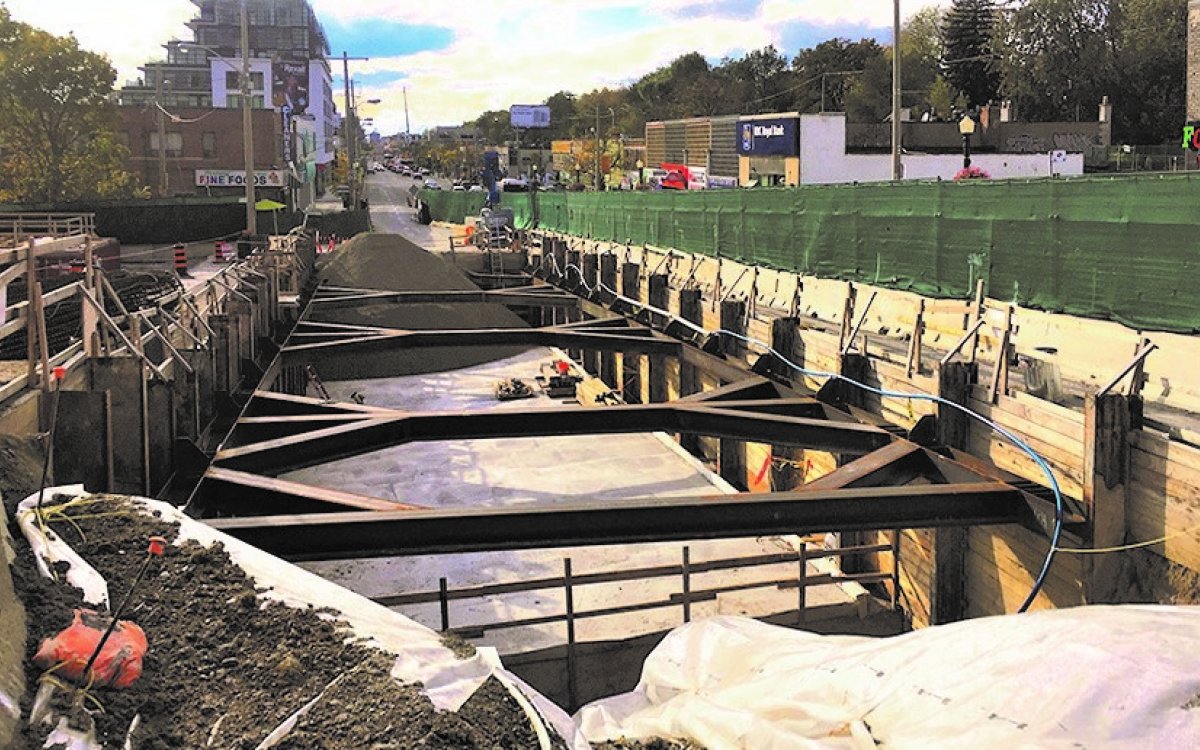 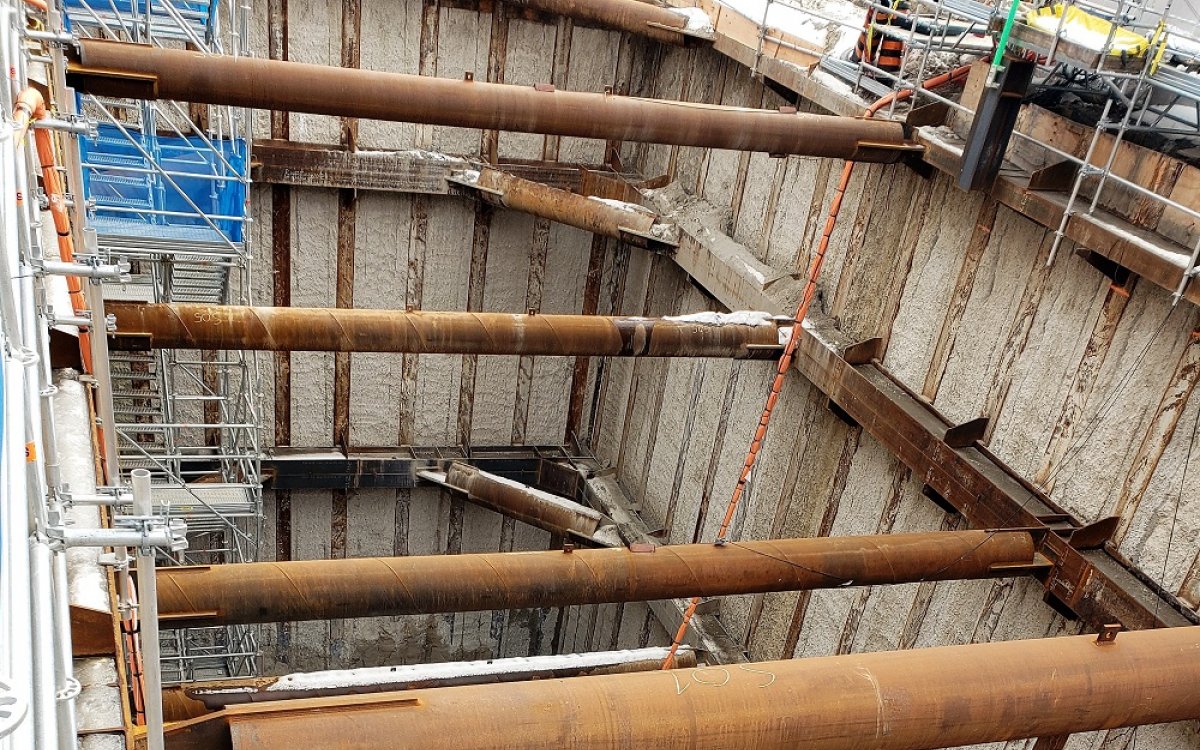 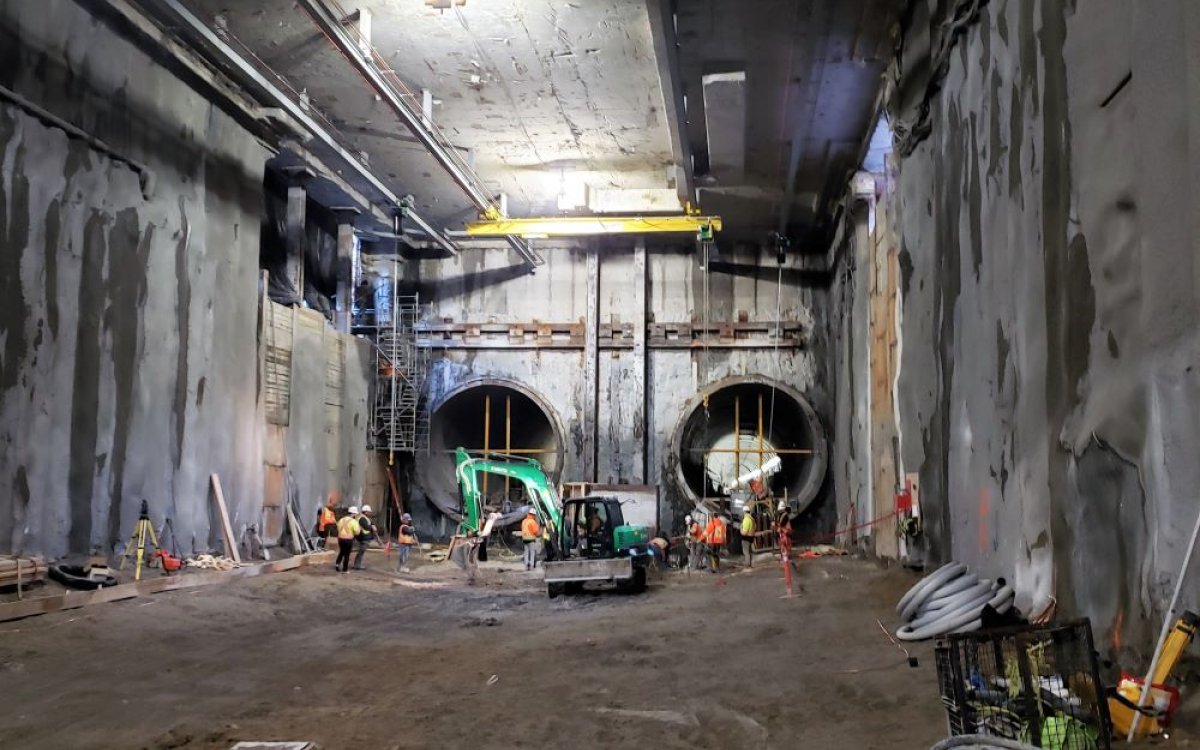 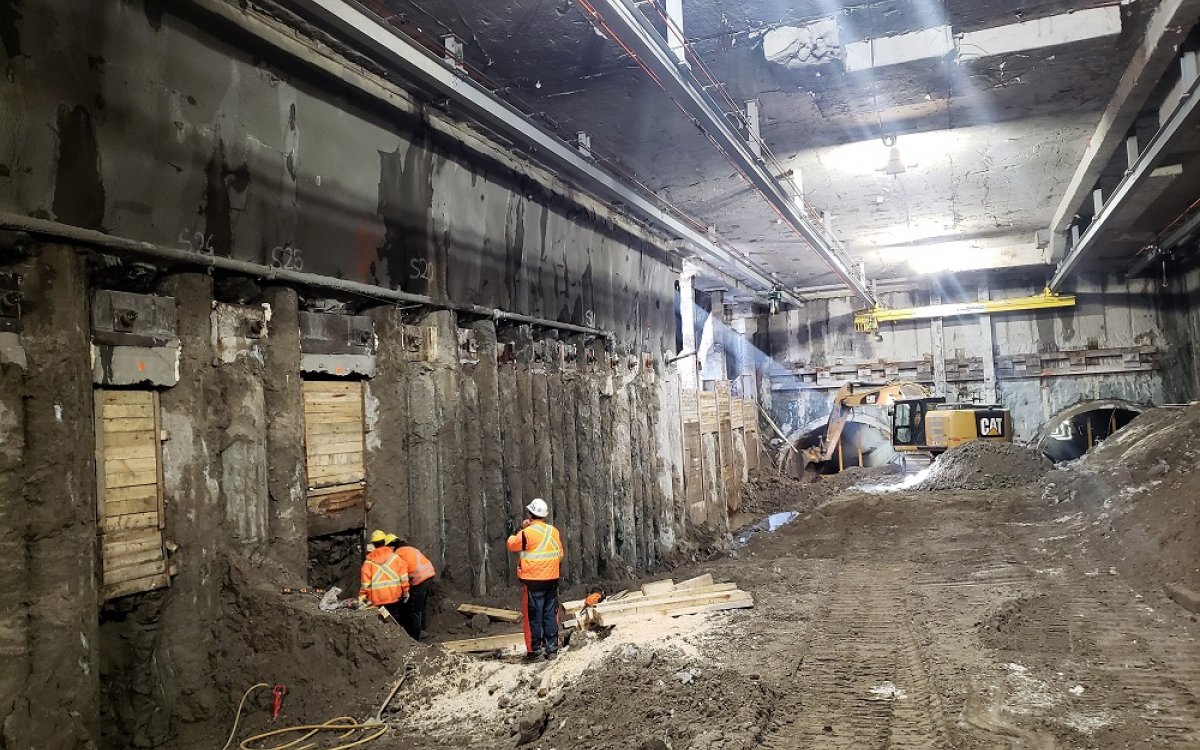 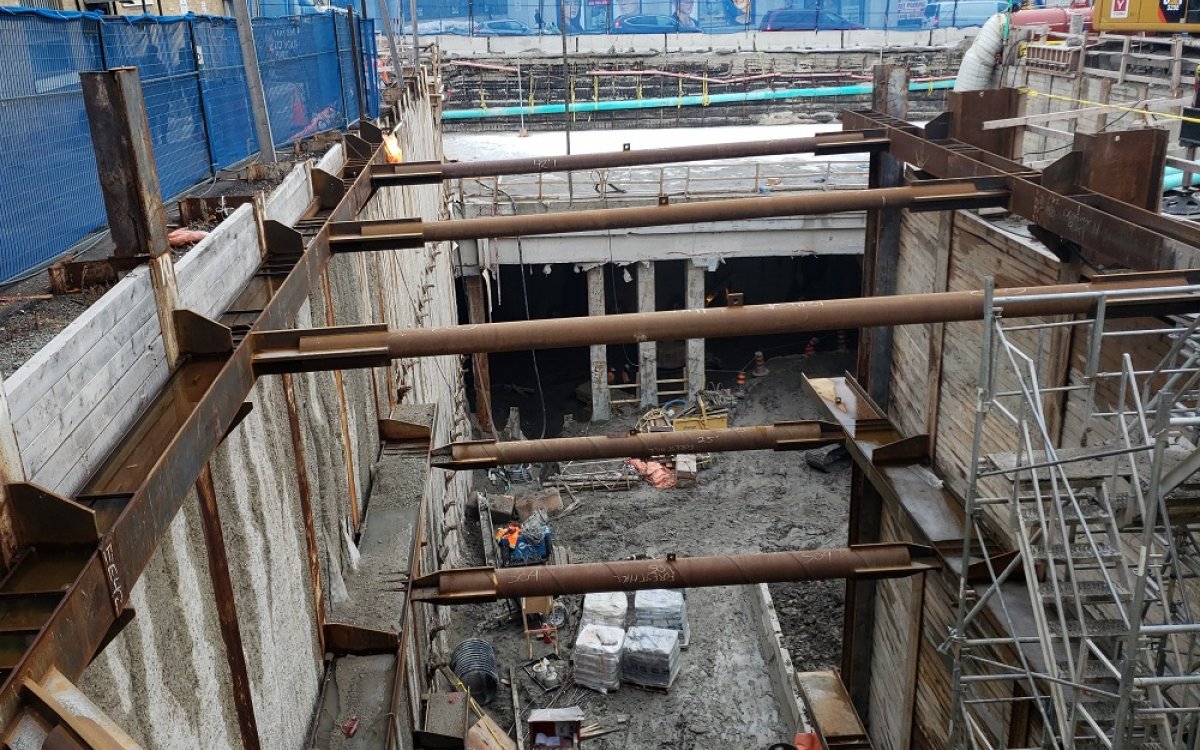 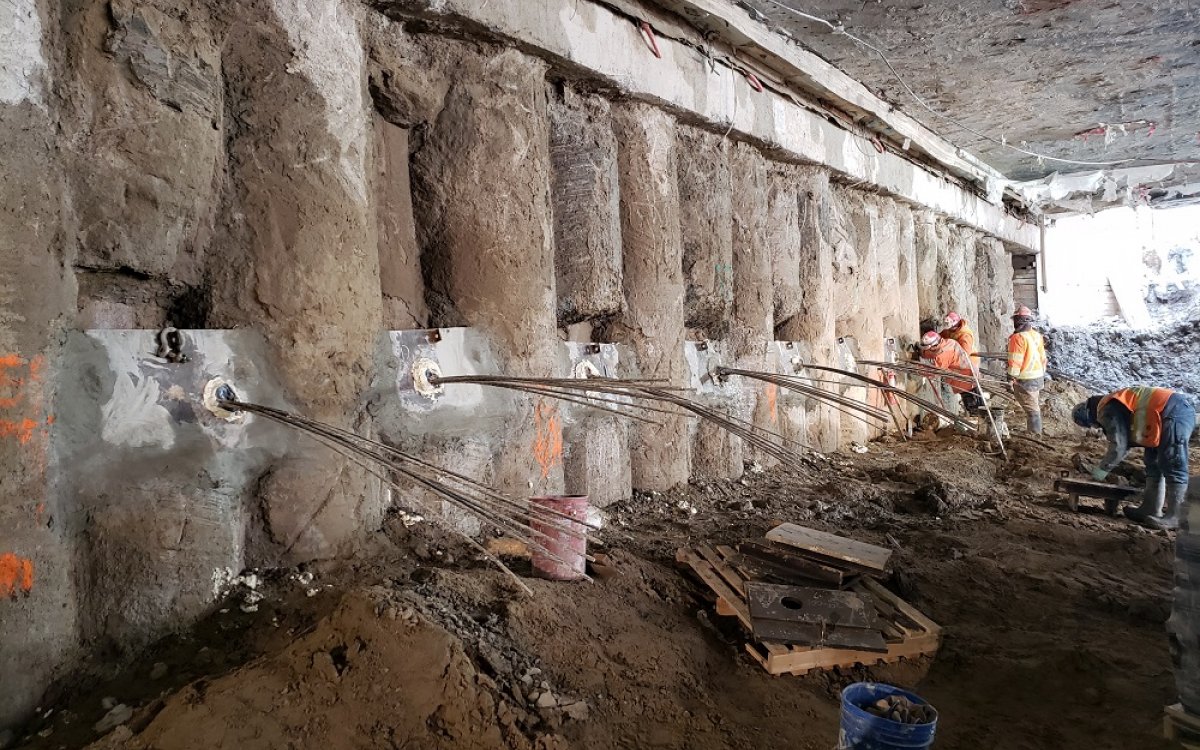