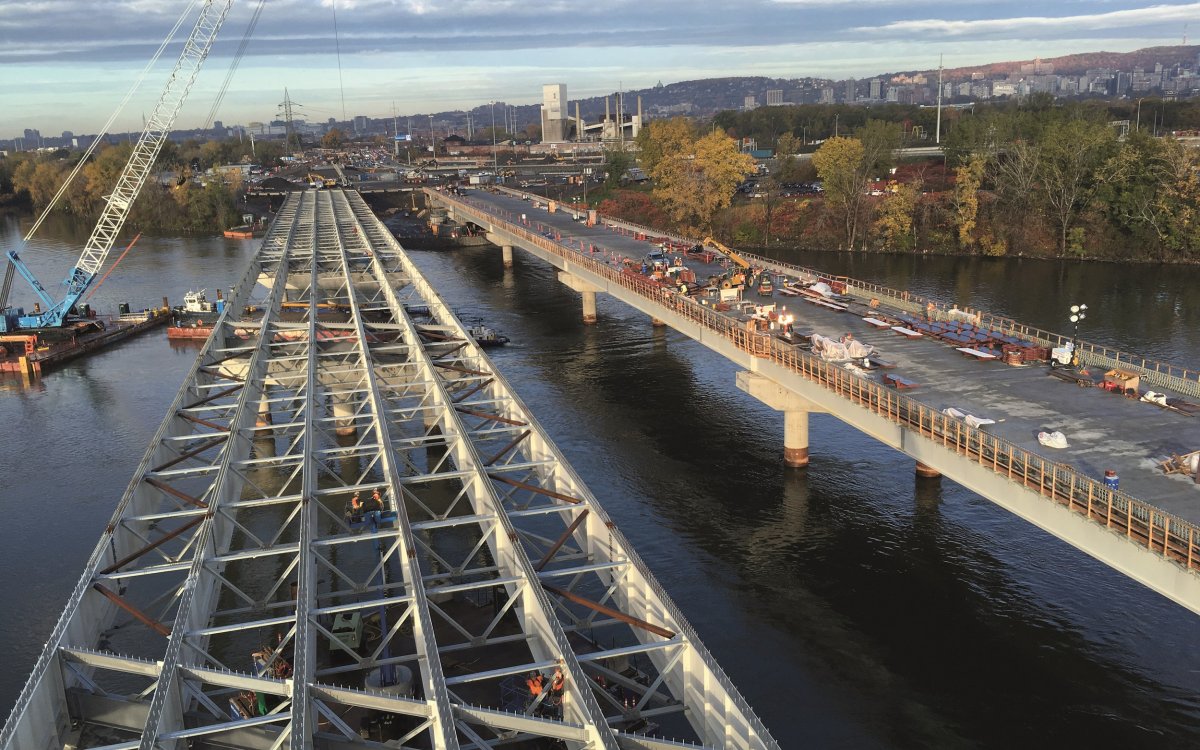 The new crossing over the Saint Lawrence River in Montreal includes a steel girder bridge between the city and Île-des-Soeurs. The new link is a continuous bridge consisting of two independent structures named North Bridge (NB) and South Bridge (SB), spaced at 20 m. The NB has an overall length of 460 m and the SB is 490 m long, with variable widths ranging from 17.3 m to 19.8 m. Each superstructure has seven continuous spans with expansion joints at the abutments and consists of a cast-in-place concrete slab on steel I-plate girders with a maximum span length of 70 m. Girders have a constant depth of 3.2 m and they are spaced between 3.6 to 4.3 m.

Signature on the Saint Lawrence Constructors (SNC Lavalin, Dragados and Flatiron CJV) chose Pedelta to develop the erection procedures for the Île-des-Soeurs Bridge. Construction started in March 2016 and the installation of the steel girders was finalized in March 2018. Both bridges were completed in the fall of 2018.

Pedelta developed erection procedures for: girder lifting and installation, cambers, as well as temporary structures such as a stabilization truss for the installation of the first lift of mid-span segments before connecting them to the second beam with the cross frames and Angel-Wings to temporarily support the segments of the girders over the piers.

The entire structure was studied at each construction stage. In addition, Pedelta completed a detailed analysis with a 3D structural model and a buckling analysis with a Finite Element Model (with shell elements) for critical stages during lifting operations. 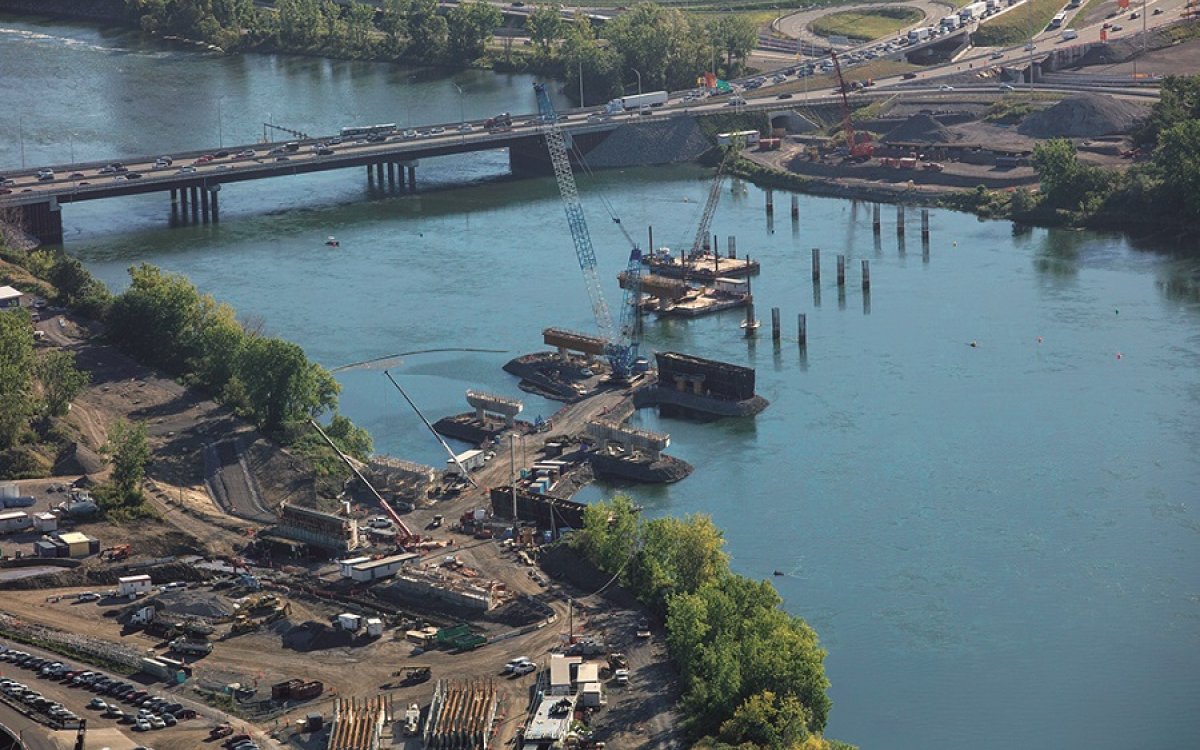 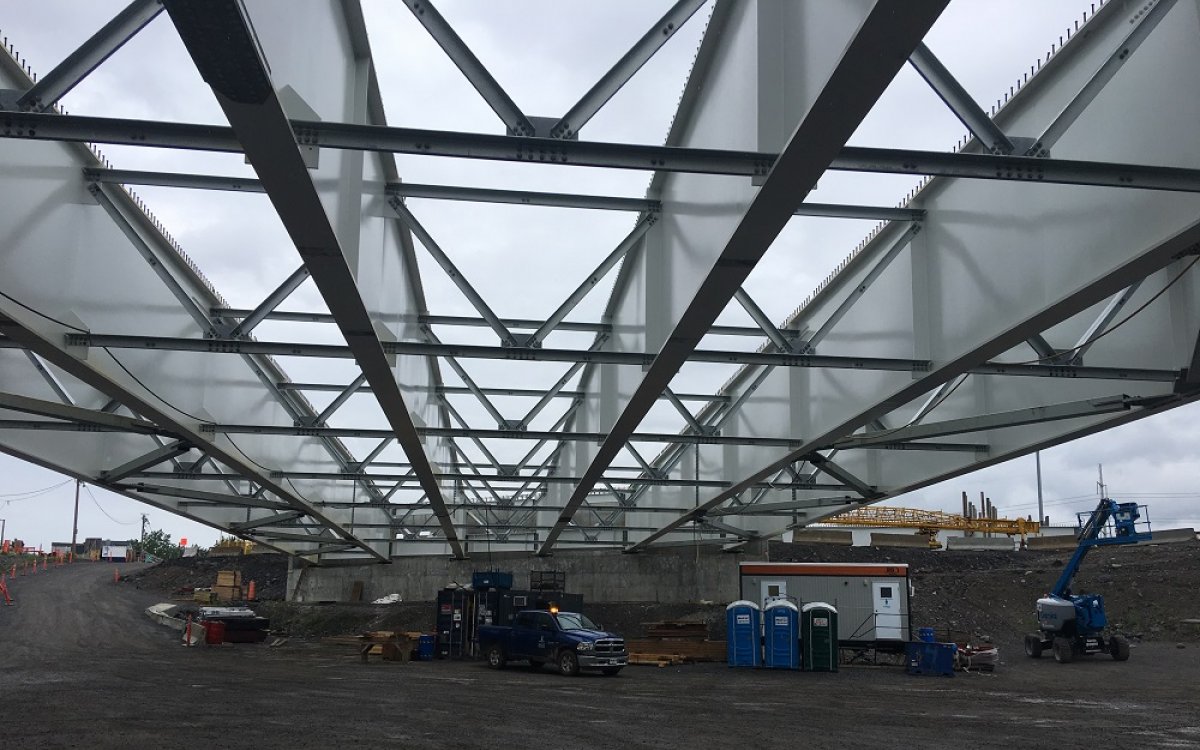 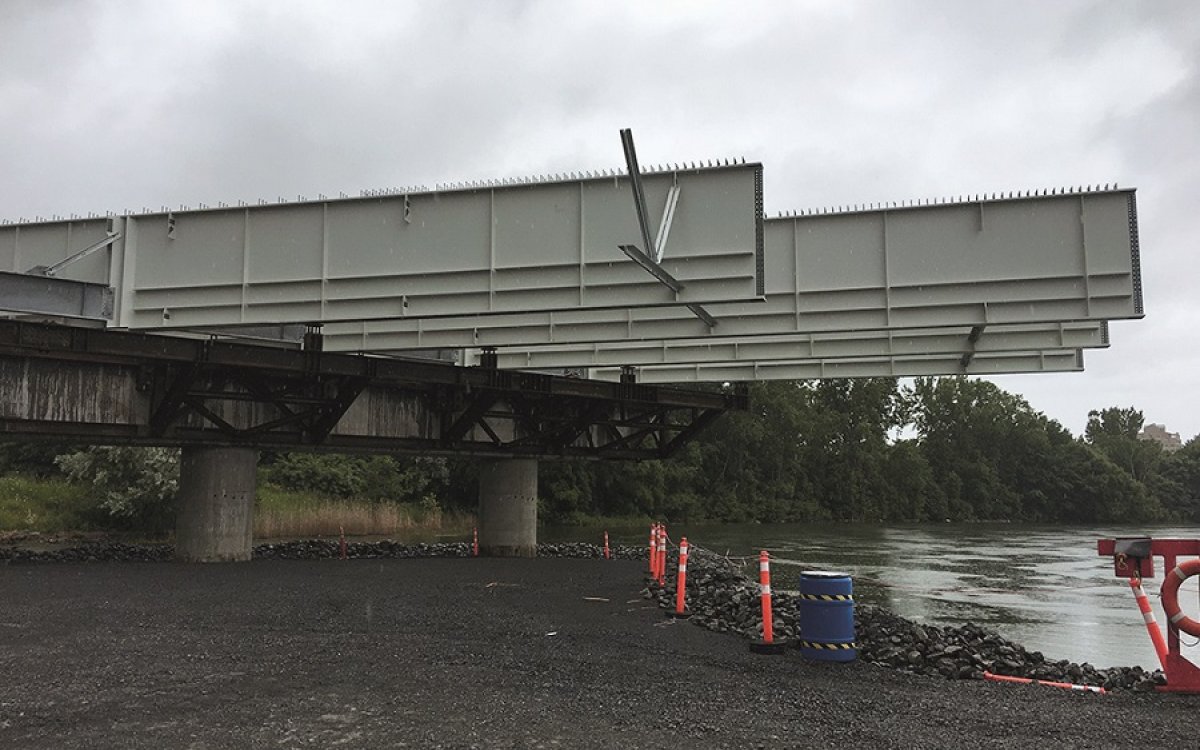 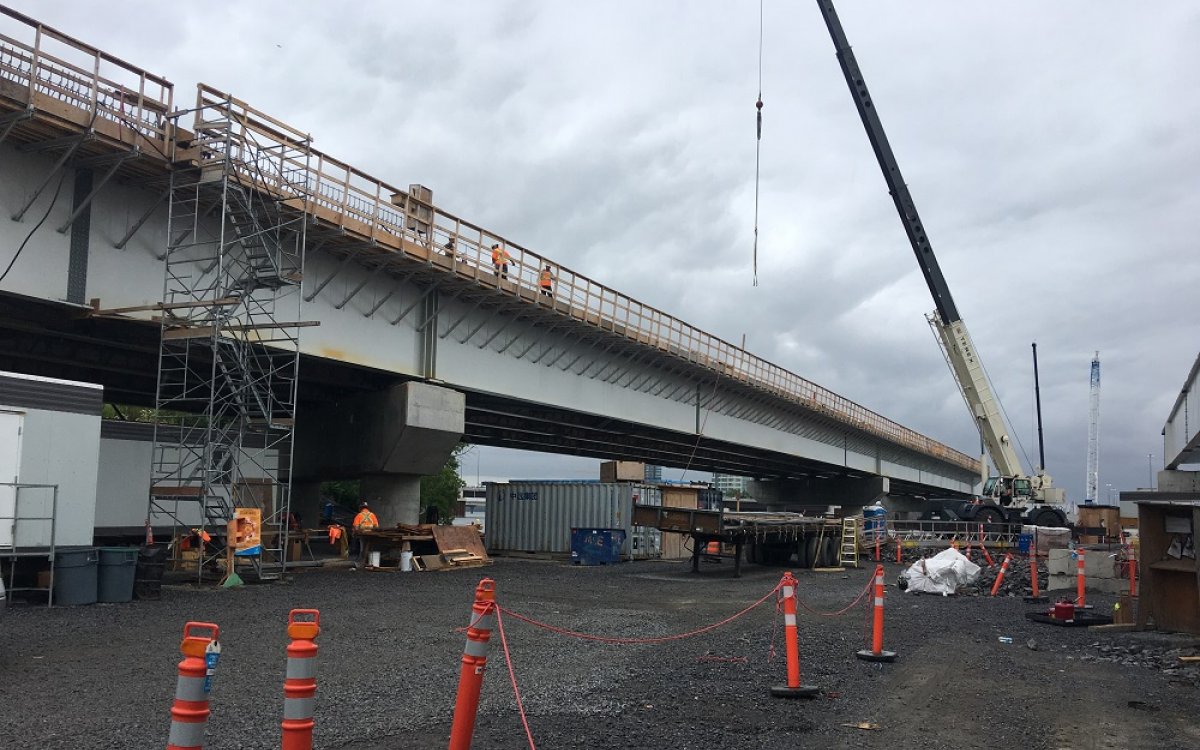 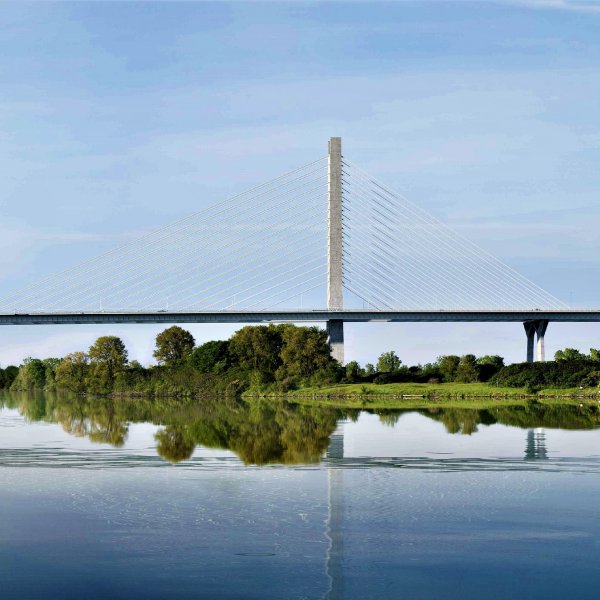 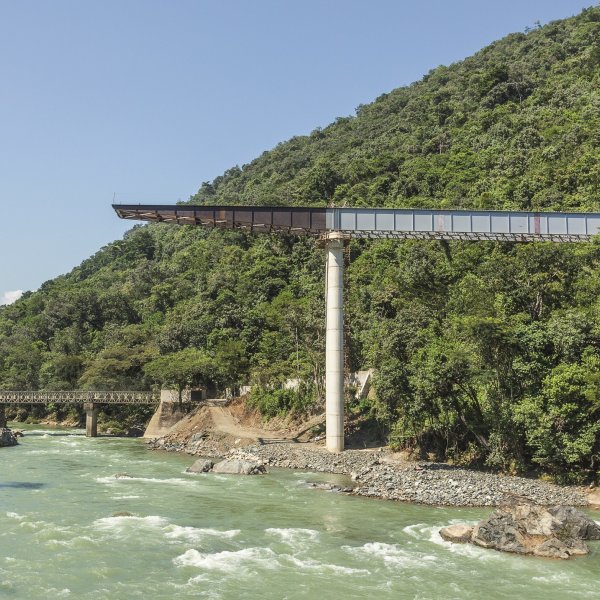 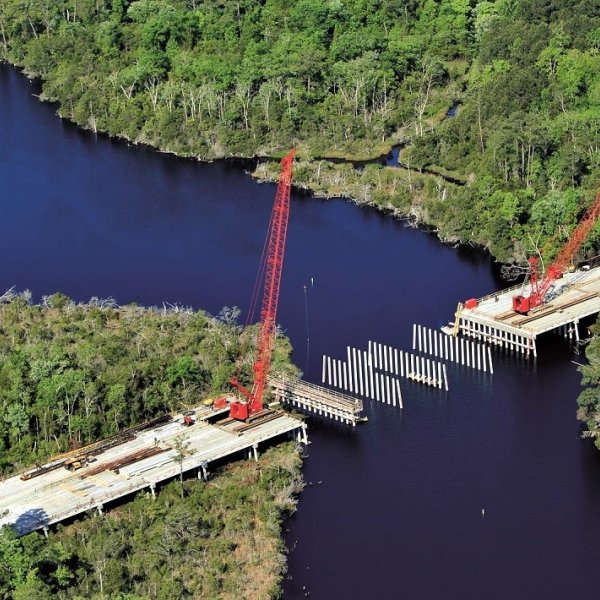