Agbar Tower is an iconic building of contemporary architecture designed by architect Jean Nouvel and developed by the company Agbar (Aguas de Barcelona). Since its opening in 2005, the building has become a true landmark of the city. It stands right next to Glories Square, one of the main nodes of the city, where the three most important avenues of Barcelona intersect.

The building is composed of two modules of dense concrete, one central and the other peripheral. These two cylinders are not concentric: the peripheral cylinder is elliptical in plan whereas the core cylinder is egg-shaped. The latter has a concrete thickness of 45 cm at the base and 25 cm at the top. The building is crowned by a large metal dome consisting of a glass structure made of steel sections. This dome has a maximum height of 32 m and a maximum radius at the base of 35 m.

Pedelta collaborated with Dragados, who was awarded the construction of the project, and reviewed the structural design to optimize materials and construction, leading to important savings. We worked from the calculation model of the structure provided by the designer only changing the profile type in some of the bars, namely those that form the oculus of the dome: the meridian and parallel bars. The software used was ROBOT V6. 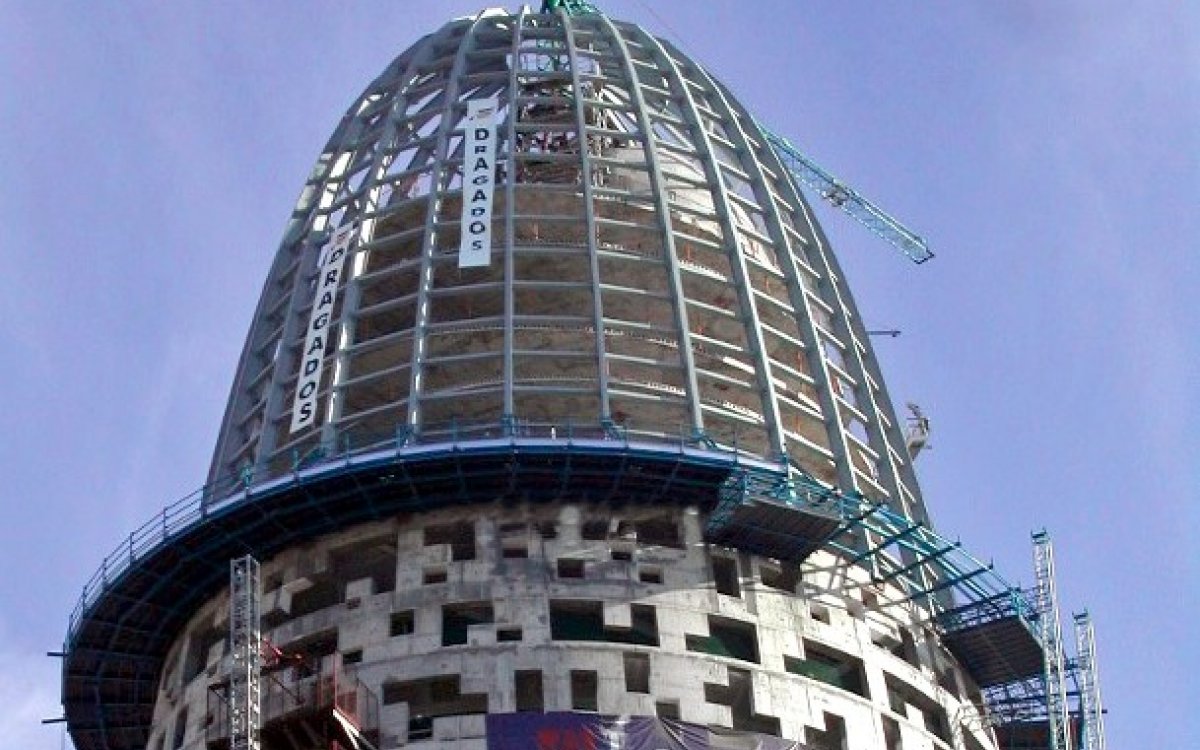